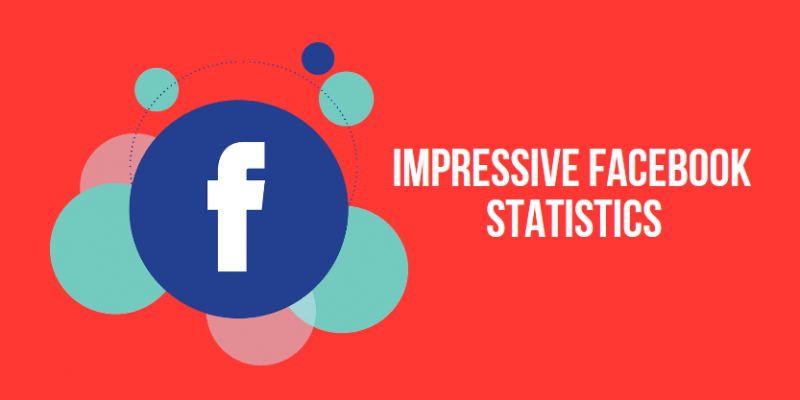 It would have been a shame had they opt for the name ‘awesome‘ because the word ‘awesome’ is overused already.

As of 2008, Facebook only had 100 million users and many users even felt Facebook would be a passing fad. Boy, were they wrong?

In this article, you will discover 10 impressive statistics and facts about Facebook.

A research by Kissmetrics showed that social proof in Facebook ads can reduce cost-per-acquisition.

Brands who utilized social proof had a 50 per cent reduction in cost-per-click and a 300 per cent increase in click-through rate.

The higher the engagement with your ads, the lower your ad costs and the higher your revenue.

The key to maximizing the performance of your campaign is to know the peak times your audience will be on Facebook.

Hence, it is important for you to know these times.

Running your Facebook ads on Monday is one of the keys to maximizing the performance of your campaign.

An article published on the time magazine showed that this is the day you can generate the most sales.

However, your type of business and your industry determine the best times and the days to post on Facebook.

One probable reason why Mondays is the best days to make sales might be because people are trying to get rid of negative vibes they may have had from their weekends.

Your best option is to use your Facebook insights to determine the peak times your audience will be on Facebook, then, run your ads during those peak times.

You will find the option to run your ads at any time or on a set schedule by going into your ad manager.

A study by SocialBakers showed that you should use Facebook videos (especially, Facebook live videos) rather than images.

The reason is that you will likely experience a 135 per cent increase in organic traffic and reach a higher audience.

Hence, if you are advertising on Facebook, you need to learn how to create compelling videos and use video views as your primary metric.

As a brand, you shouldn’t overlook the power videos on Facebook.

By optimizing your campaigns for an increase in video views, you will likely have a higher ROI

Relevant Emojis in Facebook ads can cause increased click-through rates

When Aggregate used Emojis in the headline for one of their Facebook ads, their click-through rates increased by 241 per cent.

The best way to determine the effectiveness of Emojis in your Facebook ads is by testing it.

Create two different ads, insert an emoji into the headline of one (keeping the body of the ad the same), then, determine whether or not it outperforms the other.

But don’t forget to ensure the Emojis in these ads are relevant.

For example, if you’re running a fourth of July ad, it will make sense to add an American flag.

Retargeting is also good for increasing clicks and conversions. This becomes important since cost-per-clicks is on the rise with Facebook.

Adroll discovered a 26% reduction in their cost-per-click when they tried Facebook retargeting.

To boost your marketing efforts in Facebook, integrate Adroll with your existing marketing automation platform

85% of Facebook’s ad revenue is from mobile

At the moment, the best way to reach your audience on mobile devices is through Facebook ads.

TechCrunch reports that $6.7 billion of Facebook’s ad comes from adverts to audience on mobile devices.

This proves that Facebook’s mobile audience is highly responsive.

Thus, one of the best ways to get high ROI from your ads is by advertising to audiences on mobile devices.

With the introduction of new canvas features, Facebook clearly shows that its focus is on mobile ads.

SimilarWeb found out that Americans spend at least 58 minutes on Facebook every day. Approximately 32% of them visit Facebook with their mobile devices.

Hence, it is necessary for you to optimize your content for mobile devices.

Also, 43% of Americans use Facebook to obtain their news, but 57% of these people believe that this news is incorrect.

Bear in mind that the entire written history of humankind regardless of race or religion is only 50 petabytes.

Now think about the fact that Facebook already has 300 petabytes of user information on their server.

There is a reason why Facebook’s primary color is blue

The reason is that Mark Zuckerberg suffers from red-green colorblindness.

However, it is a proven fact that people associate trust and security with the color blue.

Hence, it is easier for them to give up their personal data

Curiously, Facebook messenger app is the second most downloaded app. (by the way, WhatsApp is the third).

However, Facebook.com is now the third most-visited website in the world , Google is first and YouTube is second.

One reason attributed to Facebook’s position is its shift in focus to a mobile audience. However, the most search term all over the world is Facebook.

One more stat before I conclude, Facebook users spend at least 927 million hours per month to play games on Facebook.

Now that you know these impressive facts and statistics about Facebook, I sincerely believe it will improve the way you advertise on Facebook.

Smith Andrew is a Jr. Content writer working with Ranking By SEO. In his corporate life he write many blogs and articles on SEO, Link building, SMO and many more.