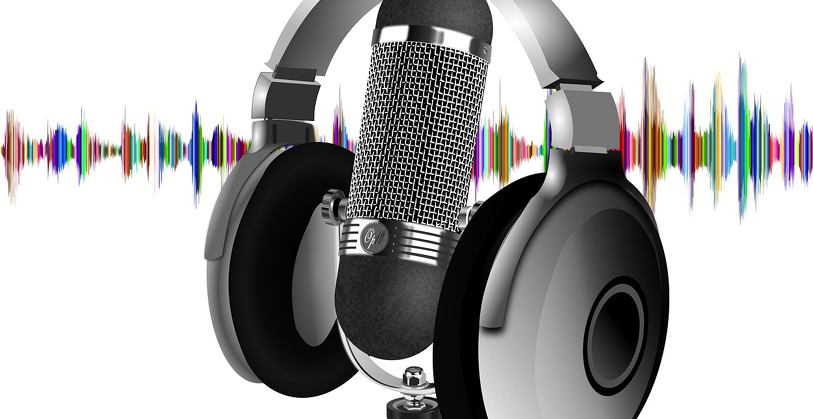 Podcasts can serve many roles in the grand scheme of your online marketing campaign. They can be your alternative to video if you don’t have a budget for it. They can be a free tool you give to subscribers with helpful tips. You can embed them in your blog posts for people who don’t feel like reading at that moment. Podcasts can serve many purposes.

The problem for many is finding a place to host them which makes it easy to do all of the above, while making them socially shareable. SoundCloud has long been a favored platform for musicians. But don’t think that it’s noteworthy use amongst musicians doesn’t mean that it isn’t fast becoming the best place to do podcasting. Keep reading and I’ll help you better understand why, and how, you can use SoundCloud for your podcast.

Having options for how you’ll record your audio gives you greater flexibility. We don’t all own a brand new Macbook with the latest tools installed, and we’re not all audio wizards. To make sure that you find an app that you’re comfortable with, SoundCloud allows users to upload in a wide variety of audio formats: AIFF, WAVE (WAV), FLAC, ALAC, OGG, MP2, MP3, AAC, AMR, WMA,

If you’re using an audio recording app which doesn’t record in one of those formats, you’re using some sort of alien technology! SoundCloud didn’t want to build a platform that excluded any particular app’s encoding format.

There are a few rules as to what you can upload:

Other than those wide margins, you’re free to create anything, using nearly any app.

2. SoundCloud tracks are so easy to embed

No, not my voice! All you have to do on most platforms, like the popular WordPress, is take the URL, paste it on a line of its own, and not hyperlink it. The SoundCloud API takes care of the rest.

For everyone else, simply click on the ‘Share’ button, and then select ‘Embed’ from the pop-up window:

SoundCloud want embedding to be easy so that you spread your tracks around, get more plays, and help promote SoundCloud itself along the way.

The ease of social media sharing is two-fold:

Best of all, Twitter and SoundCloud recently teamed up to make it so tweets can contain SoundCloud tracks which continue to play as people scroll through their Timeline. Here’s an example from the Alzheimer’s Society:

The only issue with these tracks in tweets is that you can’t embed the tweet and have the embedded SoundCloud track in it at the same time. Not yet, at least.

Perhaps SoundCloud’s most interesting feature is how it allows people to comment on tracks right at the exact moment in the track which interests them. This is a critical aspect of building an engaged audience, and getting feedback which you can respond to.

We’ve been commenting on blog posts for over a decade now. The problem with them is that they’re way down at the bottom, below the author bio, below plugs for other articles, and sometimes below the advertisements!

SoundCloud’s ‘comment in the moment’ feature makes it easy for you, and everyone else, to know exactly what the commenter is talking about. Here’s an example where we see many comments, and we can focus right on one and know which question the commenter is referring to:

5. There are celebrities using it

SoundCloud allows everyone the chance to create their own podcast and send it out, and this includes celebrities! If that fact doesn’t show that podcasts have value, as people with plenty of personal value use them too, I don’t know what will.

Some of my favorite celebrities who are well-known SoundCloud podcasters include:

These well-known media personalities have all seen the value in starting a SoundCloud podcast. You should join them!

6. Search is easy, and discovery is bettering

My favorite way to find new podcasts is via the ‘Top 50’ search features. This allows me the chance to find out what others are listening to, because quantity of plays typically equals quality of content, a basic social proof concept that I fall prey to all the time:

Not only do they have that, but their search feature is being used more and more all the time. Why? Because well-known celebrities are using it too! You’re able to soak up some of their audience as more and more people flock to SoundCloud to find audio. This also applies to how popular it’s becoming for music!

Need actual proof? Their Alexa traffic has only been trending upward this year:

7. SoundCloud is great for developers

SoundCloud have proven that they want people to be able to share their own tracks in any way that works best for them. Opening up SoundCloud’s API to developers is how they proved it.

This open API has allowed developers the chance to create a ton of useful features that SoundCloud never even thought of. Some of the most interesting include:

Keep digging and you’ll find a SoundCloud feature that’s been created by a clever developer. Check out the SoundCloud Developer page for more.

8. You can control your downloads

Downloads aren’t as big a deal to podcasters as to musicians. You have the choice to allow people to download your podcasts, or not. It’s entirely up to you. Since people only listen to podcasts once, regardless of how they get them, you’ll be wise to allow people to download. This lets people listen to it in their car without using mobile data: SoundCloud podcasts are the new radio!

Having Playlists allows you to group your podcast tracks by different categories. You will be able to group them by date, category, series, or anything else which works for your audience.

The best thing about this is that you’re setting yourself up to get more plays. Your fans can listen to a bunch of tracks in a row without stopping, or clicking away from your profile.

SoundCloud is all about statistics. It realizes the power of data and how it can help shape content. Let’s say you discover that your podcast is particularly popular in one region of the U.S. What can you create in the future to keep that audience happy? Is there a local news story you can mention? And how can you use them to share your podcast to a wider audience?

Learning from your statistics by asking yourself the right questions about your audience is a key to success. You won’t find data as thorough on any other podcast hosting site, SoundCloud’s built this aspect of their platform on purpose.

SoundCloud is a podcaster’s best friend!

SoundCloud was testing podcasts for several years to be sure they got things right. Since they first launched podcasts to everyone in April of 2015, the podcast scene on SoundCloud has exploded.

You can get in on this popularity, push your own content, and find new ways to reach your audience. Online marketing is growing well beyond reading text. Find your next level of marketing now before it’s too late!

Ernest is a digital marketing analyst based primarily on Social Media Marketing Guide.co. You can find him and the team there every Wednesday with the latest in digital marketing from LinkedIn, to Twitter, to WordPress, and more! Yep, even regular SoundCloud content!

How To Use Instagram Stories To Drive Traffic For Opt-In Form?

4 Tips to Drive New Audience to Your Business’s Doorstep (Virtually!)