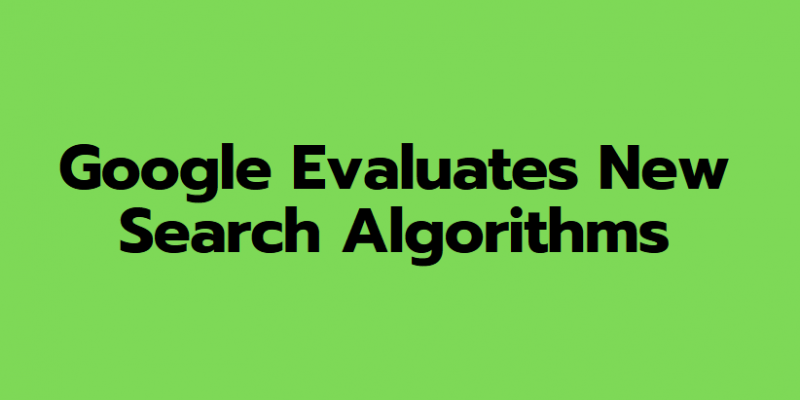 Matt Cutt, the head of the Google Spam team posted a video that answers how Google adopt the new search algorithms.

The original question was asked by James Foster of Sydney, Australia who asked:

What are some of the metrics that Google uses to evaluate whether one iteration of the ranking algorithm is delivering better quality results to users than another?

(1)    Engineers test the new algorithms offline i.e. they check the result manually. If the new urls ranking are higher in quality than the previous algorithm in place, Google may decide to go ahead with further research to make the things better. And, in case the results are unrated, they may dump it.

(2)    The next part of the development is to launch a live experiment. In this step they take the result both form old and new algorithms and check for the click rate. If the new results have a higher rate of clicks, it indicates that the newer one is better than the old one. But, this isn’t the case always. Matt referred the term “webspam” as an example. But, in general, number of clicks is directly proportional to the clicks.

(3)    In the last step, Google Search Quality Launch Committee has the final decision on the algorithm.