The evolution of the search engines has changed the face of the Internet over the years. Many search engines have been created in the past, but only a handful have managed to stay or top in the people’s most preferred list. One of such few coveted search engines is none other than the market giant Google.

In the race to be the most preferred search engine in the market, Google has managed to leave behind its major counterparts like Yahoo and Bing to become the boss of the US market. According to a recent report, Google holds a whopping 67.7% of the entire US search engine market share, the rest being divided between the other major search engines.

These rankings take only desktop search queries into consideration, if you consider mobile searches then Google is still clearly calling the shots in being preferred the most by the people to search their queries.

Google has been people’s #1 favorite, not just in US, but also all around the world. This search engine giant has clearly outdistanced its competitors by becoming the most used search engine in the entire world. Other search engines need better numbers to make any dent in the success of Google which seems impossible for now. 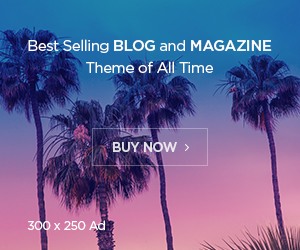 Must-do Tasks to Make Your Marketing and Business More Mobile

What Is Social Media Marketing?

4 Digital Marketing Techniques That Are Proven To Succeed

Essential Elements for Creating Content to Ranks Better in SERPs

Many Greetings! We at Digitalvani Welcome 2016

EMail Marketing Is On The Way Out, But Get A Load...

Interview With Rohan Chaubey – A Young And Talented Blogger From...

ABOUT US
On our SEO blog, you can find articles on the best SEO tactics & strategies to help you grow your web traffic and learn digital marketing including web designing & development, social media, and much more. If you’ve got an idea that will engage our readers, we would love you submit your guest post with us.
Contact us: arun@digitalvani.com
FOLLOW US
This website uses cookies to improve your experience. We'll assume you're ok with this, but you can opt-out if you wish. Cookie settingsACCEPT
Privacy & Cookies Policy

How to Implement Schema Properly for Better Ranking