Humankind’s fascination with emails has grown exponentially, and active email accounts are projected to exceed 5.6 billion by 2019 (Statista). As a means of direct communication among individuals and businesses, email usage outstrips social media marketing by a wide margin. To really comprehend the electronic mailing phenomenon, we need to study how email evolved over the decades to radically change our concept of marketing.

There was a long-forgotten era where you covered the distance to the nearest mailbox to send or receive your personal mail, and you’d find an assortment of flyers, promotional catalogs, and postcards.

Marketers would print and distribute the material at a high cost, and there was little or no personalization of the promotional message. There was no system for assessing the outcome of a marketing campaign. This was ‘snail mail’ at its tardiest.

1972: Ray Tomlinson and the birth of the first email

The ARPANET (Advanced Research Projects Agency Network), modern Internet’s ancestral model, was in its infancy, and there was a problem. Operators using the same computer could communicate but not users logging in from different terminals. In 1972, American computer programmer Raymond Samuel Tomlinson successfully sent a test email message from one computer to another computer in a lab at Cambridge, Massachusetts.

Finally, ARPANET developers had a coordinating technique to exchange feedback. This led to a full-fledged email utility program that could send, receive, file, and respond to active messaging.From that historic moment, nothing could stop the email from becoming the most extensively networked application ruling cyberspace. Within decades, email marketing laid the foundations for efficient B2B and B2C messaging that would revolutionize the way the world communicated and transacted business.

1978: Gary Thuerk and the invention of mass marketing

Gary Thuerk, then Marketing Manager at Digital Equipment Corporation (DEC), was ruing the cost and labor involved in manually communicating information regarding a new computer product.

Gary hit the ‘Eureka’ button with the idea of announcing the product to a broader audience using the ARPANET.

Gary’s email, widely acclaimed as the world’s first attempt at digital mass marketing, sparked an uproar, and a flurry of protests from the network administrators. Unsolicited emails would go on to acquire notoriety as “Spam messaging” in the decades to follow.

The protest was justified because ARPANET was primarily used by the American Government and the military, and Gary’s mass emails were clogging the hard discs of 400 odd recipients. So, Gary was reprimanded and barred from repeating his ‘stunt.’

From this moment onward, the world slowly woke up to the commercial potential of mass mailing and the trend caught on as the Internet grew.

1982: US Government awards the copyright for ‘Email’

Indian Amercian researcher Dr. Shiva Ayyadurai claims he independently invented the email in 1978. He was creating an electronic (‘e’) version of the paper-based inter-office documentation system at the College of Medicine and Dentistry of New Jersey (Rutgers Medical School).

The term E.M.A.I.L was coined as an abbreviation for the electronic mailing system Ayyadurai developed. Subsequently, the US Government awarded Ayyadurai the copyright for ‘Email,” and the term gained universal recognition.

In 1980, the University of North Carolina (UNC), Duke, and Duke Medical School set up USENET, a server-supported system of networked computers for exchanging files and messages. The system connected thousands of newsgroups sharing posts, articles, and information.

Sensing the network’s extensive reach, American lawyers Laurence Canter and Martha Siegel bombarded the discussion groups with mass messages offering legal assistance to immigrants applying for U.S. green cards. As in Gary Theurk’s case, the move sparked a huge uproar, but the lawyer duo laughed all the way to the bank with a revenue gain of $100,000.

The idea that mass messaging generates revenue had caught on, and there was no turning back. 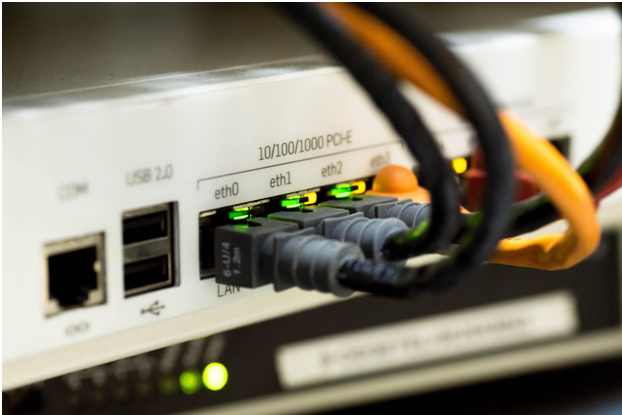 The 1990s: The Internet strengthens the foundations of email marketing

In 1993, the Geneva-based European Nuclear Research Organization (CERN) released the World Wide Web software in the public domain on an open license, encouraging the net to flourish and grow exponentially.

By creating a unified global platform for information gathering, social media expansion, and commercial and personal use, the internet has fundamentally altered the way we live, work, and communicate. Hotmail, the world’s first free internet-based mail service, set events in motion that would spawn a new era of email marketing models.

Even as the internet was growing, the Business to Consumer marketing effort was dominated by the postal system and cold calling. Email usage was mostly confined to universities, the military, and a few government agencies.

It was only when email grew as a tool for personal communication that marketers woke up to the marketing potential of the humble digital message. Even at a nascent stage, it became apparent that electronic mass mailing was superior and cost-effective compared to cold calling and the postal system.

The exponential growth of mobile devices

As on date, we are generating a daily demand for 3.5 million smartphones and tablets compared to just 500,000 desktops that are sold (LiveStat).

It is estimated that by 2025, more than three-quarters of all net usage will be routed through smartphones – that’s an audience of almost 3.7 billion people, many of them hailing from the East and Southeast Asian economies. This is a bonanza for email marketers.

If you consider the evolution of mobile devices from  IBM’s Simon Personal Communicator to Apple’s latest  iPhone, we’re seeing email emerging as the most frequently used mobile application.

The emergence of social media as an email marketing tool

Our genetically ingrained sociable instincts have driven the need to strengthen relationships using communication. Social media developed as a creative solution enabling communication over long distances, something that was deemed impossible in the pre-internet era.

It was a natural follow-through that email marketing would integrate tightly with social media to spark engagement with prospects.

Social media delivers a captive audience that is aspirational and loves actionable information. Email marketing became the vehicle to provide information, packaged attractively, to spur conversions and sales. The icing on the cake was that the marketer could modify the email message to target specific demographics and niche audiences.

Artificial Intelligence algorithms now collect information on the browsing behavior and personal choices of users. The AI-influenced data-driven insights are useful in customizing emails with personalized messaging that targets specific users or groups of consumers.

According to experts at Byteplant, artificial intelligence empowers robust email address validation systems that sanitize email listings and remove wasteful leads and catch-all email addresses. The end result is a list of valid and deliverable addresses where the messages are more likely to spur conversions and sales.

The confluence of Artificial Intelligence (AI), Machine learning algorithms (ML), and the Internet of Things (IoT) will crunch massive amounts of data for accurately assessing the consumer’s needs and what he actually intends to buy. You’ll see automated emails that respond to consumers more meaningfully.

Customer-centricity means putting a more human face to email marketing where you are less conscious of brand promotion and more concerned about fulfilling the specific needs of the customer. Such emails will rely more on developing an emotional connection with the user to nurture brand loyalty.

A regularly moving sales cycle might help in keeping the cash registers ringing, but CMO’s will be targeting consumer’s CLV to boost ROI. The CLV is a better indicator of how successfully your services are resonating with the customer. It estimates the likelihood of the relationship turning profitable in the long-term.

It’s the harsh reality that the consumer’s faith in your brand is proportionate to the solutions he finds in your service delivery that help him achieve his personal goals. So, the new campaigns will be more helpful, personalized, and solution-focused to build long-term relationships rather than be only brand-promoting campaigns. The recurring theme will be: “How will this email help in fulfilling the customer’s intent and address specific pain points?”

The biggest threat that marketers are facing is the prevalence of spam in bulk mailing and social media. The new data-protection GDPR regulations mandate that businesses obtain some degree of consumer consent for email marketing. The new generation marketers are adapting well to the changed regime.

Compared to the social media blitzkrieg, email marketing has stood the test of time by consistently delivering better ROI.

The modern-day email marketing experience is irresistibly colorful with savvy marketers communicating effectively and delivering powerful messages in branding and advertising. Today, you don’t merely read an email. On the wings of email marketing, you are an active participant, you are sharing an experience, and living your dream.